Gathering for Science in Palestine 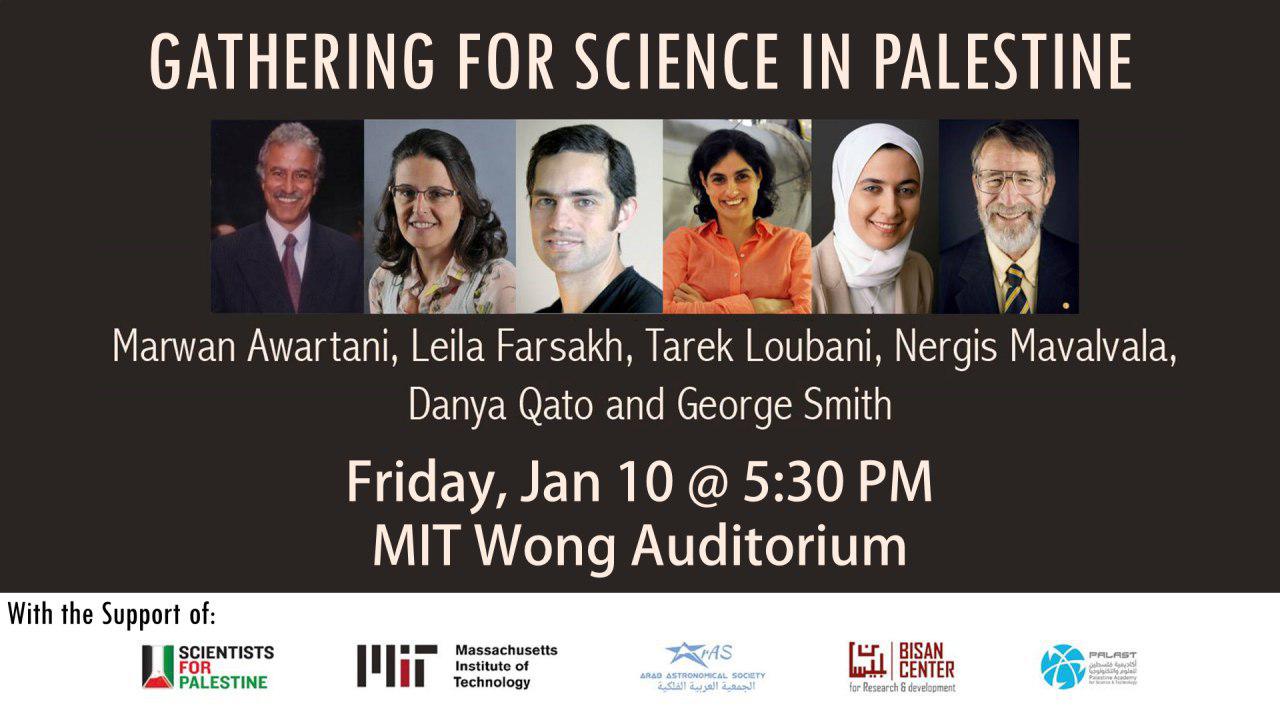 Israeli occupation stifles Palestinian life and science, and deprive the international scientific community of the benefit of the creativity and experience of the Palestinian community.

Join us for the launch of the International Meeting of Science for Palestine, with an evening and discussion with some of the most world’s most prominent scientists including MacArthur Fellow Nergis Mavalvala, 2018 Chemistry Nobel Prize winner George Smith, Palestinian innovator and Gaza Return March medic Dr Tarek Loubani. Alongside Palestinian Minister of Education, Marwan Awartani, Political Economist Leila Farsakh, Political Economist, Public Health expert Danya Qato.

The collaborative nature of science makes it a uniting, positive and transformative tool for society- capable of integrating communities and struggles worldwide, despite borders and great distance. In Palestine, however, the 71-year-long Israeli occupation has not only physically fragmented Palestinian communities from each other, but has imposed physical and virtual barriers to Palestinian access to the global science community, blocking access to resources key to developing scientific research, and engaging in acts of violence intended to deprive Palestinians of their right to education and their capacity to integrate in the international scientific community.

This event will include first-hand accounts on the act of practicing science despite living under an occupation and present a critical assessment of what the scientific community can and should do to facilitate scientific research by and for Palestinians.