Academic Freedom in Palestine: A Conversation with Imad Barghouthi

Join Scientists for Palestine, as we speak directly to Imad Barghouthi, after his recent release!

August 28, 2021 at 7pm Palestine time/12pm EDT
Recording available at the bottom of the page 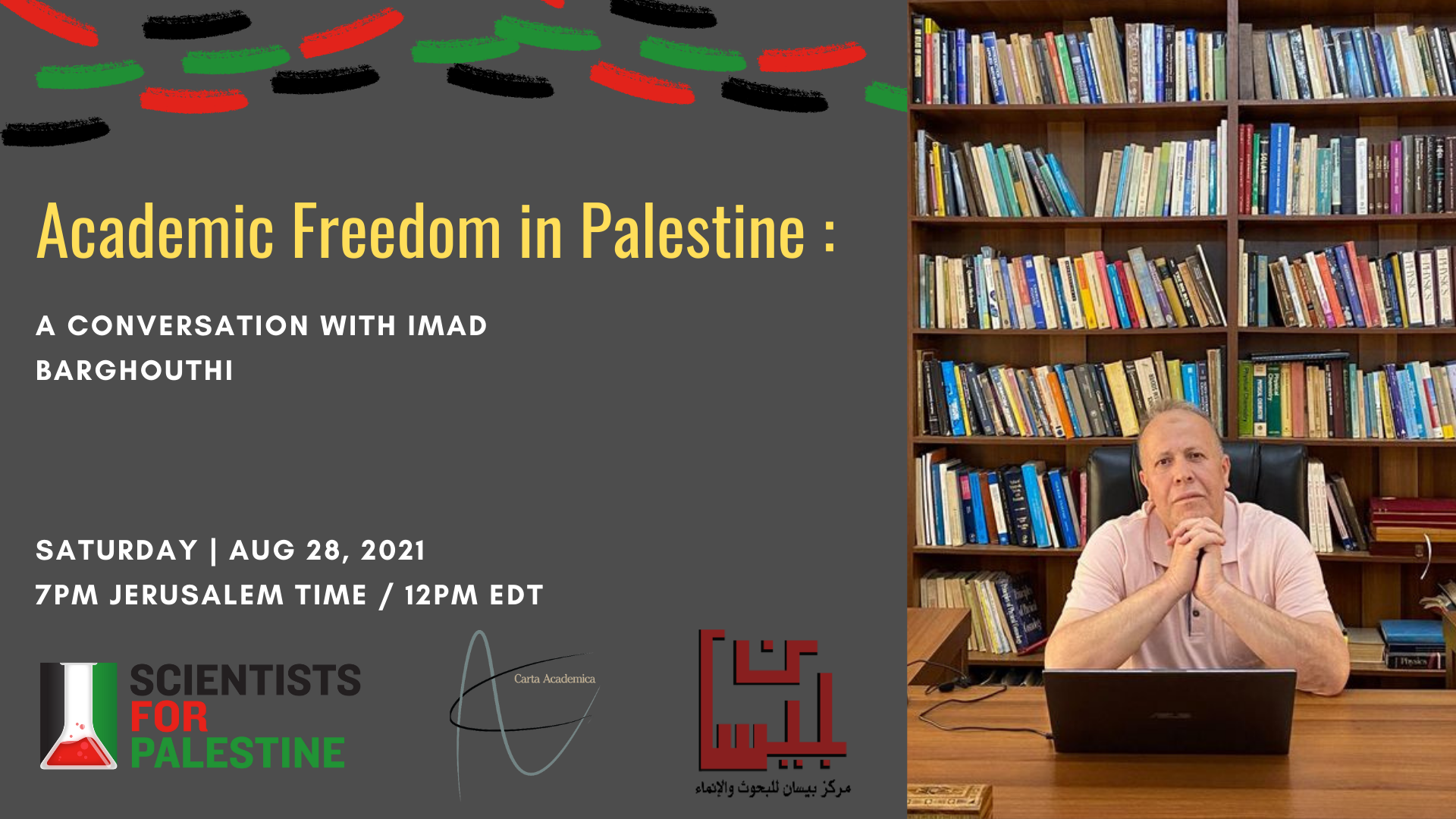 Prof. Imad Barghouthi renowned Palestinian astrophysicist, father of five, and Professor of Plasma Physics at Al Quds university (West Bank), was recently released after nearly a year of administrative detention. After his arrest on July 22nd 2020, he was held in jail for several weeks without charges.

Prof. Barghouthi’s arrest came at great cost to him personally, and academically. Happening mere weeks before the semester started, many students were left without a teacher and/or mentor.

We now have the privilege of hosting Prof. Barghouthi’s first interview after his finally being freed. Join us to hear first hand about what it is like to be a professor in Palestine, the infringements of the Israeli occupation on academic freedom and the enduring determination of Palestinian academics to overcome them.